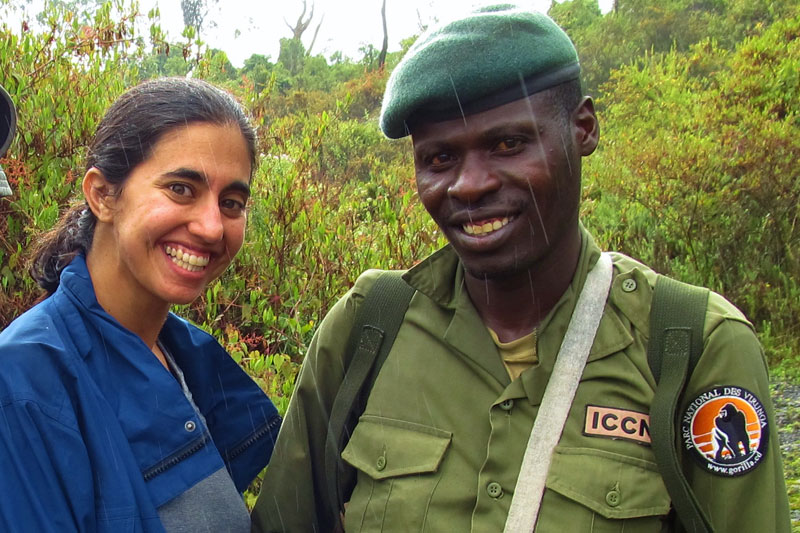 When Neda Farzan arrived in Saipan last summer as an emergency medicine physician, she had no idea just how needed her medical skills would be. The week that she arrived on this tropical island in the Pacific Ocean, it was battered by a devastating typhoon, leaving much of Saipan without power and water for several days. It was the most damaging storm to hit the island in 30 years. Flipped cars, felled trees and debris littered the island, and the lone hospital was overflowing with patients staying in hallways and the cafeteria.

“It was completely fortuitous that I was there as an ER doctor trained in disaster management,” says Ms. Farzan ’96.

It is not unusual for Ms. Farzan to be serving a community halfway around the world. Driven by a deep-seated commitment to those who are overlooked, she has already spent a decade training and working in global health, hopscotching around the world to help the vulnerable. In Kenya, she worked at an HIV pediatric clinic; in Iran, she worked in an infectious diseases ward; and in Ghana, she helped train nurses and medical assistants in emergency medicine. Ms. Farzan now lives and works in Saipan—the largest island of the Northern Mariana Islands, a US commonwealth located near the Philippines—and she is not slowing down her personal mission of social justice anytime soon.

“I was born in Iran, and my parents sacrificed a lot to get us to the US,” she says. “I’ve been blessed to have attended a school like Saint Francis and have the resources that I’ve had. The next step is to give back. I have the opportunity and the capability to do that, so to me, it’s a no-brainer.”

After Ms. Farzan graduated from Stanford University in 2000 with a degree in human biology, she immersed herself in social justice causes, spending the next five years working with nonprofits around the country. She also decided that returning to school, specifically medical school, would allow her to do more as a humanitarian, and so she took night classes for two years so that she could fulfill her science prerequisites.

“I realized that as a social worker, I would not be able to administer medicine, but as a doctor, I could dispense medicine as well as provide social work,” she says.

After completing her education and training at UCSF and San Francisco General Hospital, she headed off to Saipan, an under-resourced region with a shortage of doctors. Many residents suffer from high blood pressure, diabetes and other chronic diseases.

“For me as an ER doctor, it’s a fascinating place to work because I have to do a lot. There aren’t any specialists that you can refer people to,” she says.

Yet Ms. Farzan is not content to serve the world solely in a clinical capacity. She recently created a nonprofit called Care Under Fire, which is dedicated to offering training and education in conflict zones. Her primary project currently is to provide medic training to park rangers in Virunga National Park in the Democratic Republic of Congo. Park rangers are often maimed in the line of duty by poachers or armed militia groups, and since the nearest hospital can be hours aways and no emergency medical service exists, basic first aid skills are key to survival. Ms. Farzan plans to travel to Virunga this summer, and with three other colleagues, she will conduct a two-week intensive course for the rangers.

“Being able to come up with innovative ways in the developing world to provide pre-hospital care (care given by paramedics) is important, and the rangers can fill a need there,” she says.

Other parks in the Congo and Rwanda have shown interest, and Ms. Farzan anticipates that Care Under Fire will expand beyond Virunga. She plans to use her nonprofit as a platform to raise money and awareness for her global endeavors in social justice, which, she says, is a passion that was instilled in her while at Saint Francis. The world’s social justice problems may seem insurmountable, but to Ms. Farzan, any small step she takes can make a huge difference to those who need the most assistance.

“What drives me is an obligation I feel to the global community,” she says. “I am incapable of seeing inequality or injustice and not feeling compelled to do something about it.”