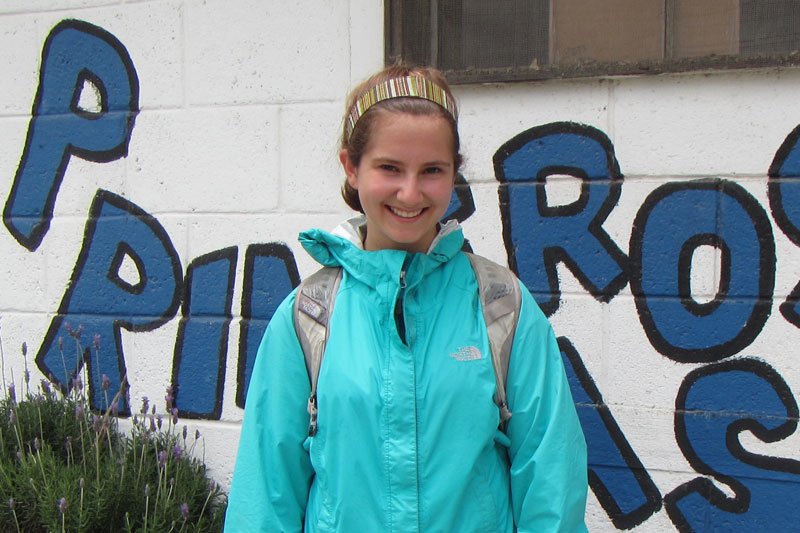 During her time as a student at University of Notre Dame, Alexis Doyle ’13 has dedicated herself to promoting social justice by making healthcare more accessible to the underserved. She strives to find ways that will give individuals a sense of control over their own lives — which has a direct correlation to their welfare, she says —  whether it’s helping to make soap available to residents in a rural community or working with uninsured patients at a health clinic.

“Being denied basic resources such as healthcare can really stack the decks against you,” she says. “For example, it can prevent you from being able to earn money to support your kids, so seeing that problem through the lens of health has energized me to continue learning about the issue of accessibility.”

Ms. Doyle, a senior at Notre Dame double-majoring in biological sciences and international peace studies, received a major opportunity to dive deeper into the connection of social justice and wellness. She is one of 32 American scholars to be named a 2017 Rhodes Scholar to study at Oxford University. She is the first Lancer to receive this honor, an honor considered to be one of the most prestigious international academic awards given.

Ms. Doyle aspires to be a doctor for the underserved, and to complement her science training, she plans to pursue a master’s degree in comparative social policy at Oxford. Following her studies in the UK, she will attend the Icahn School of Medicine at Mount Sinai in New York.

“You can be an amazing doctor and advocate for patients. But at the end of the day, if there are laws affecting distribution of resources, you’re not even fighting half the battle,” Ms. Doyle says. “I know I wouldn’t be satisfied as a physician if I were working with the underserved and didn’t have an understanding of how I can influence policies that may be unjust.”

The pursuit of Ms. Doyle’s interests in social justice, health and well-being as a college student has taken several forms. She volunteers regularly at a South Bend health clinic that serves only those without health insurance. She has also worked extensively in Guatemala, volunteering every summer at a non-governmental organization (NGO) to help combat parasitic infections. The first summer she worked there, right after her freshman year of college, she served as a stool sample analyst. Seeing the extent of the infections firsthand and desiring to involve mothers more in the health of their children, Ms. Doyle partnered with the NGO the following summer to raise money for more soap for the community. The women earn money by making the packaging for the soap, and children now have access to soap at school for the first time.

“It’s a very small step in preventing parasitic infections, but it’s a start,” she says.

Ms. Doyle was introduced to social justice issues as a high school volunteer working with homeless families. Her social justice class with teacher Mary Jo Carroll, as well as her AP English and science courses, had lasting influence, and her involvement in athletics (field hockey and soccer, among others) and co-curriculars (Service Club and Teen Awareness Program) instilled many life lessons, including the importance of focusing on interests that truly speak to her heart and not spreading herself too thin.

“Being a student at Saint Francis is about having opportunities and being able to find a passion and pursue it. If I can give advice to students, I would say, go easy on yourself,” she says.

Ms. Doyle was sincere and passionate as a Lancer, and she remains so as a college student who has accomplished much as an advocate for those who lack resources, with certainly more good work to come.

“Policy formation is tough. It's charged, especially right now,” she says. “But we all have a responsibility more than ever to be active and engaged citizens.”