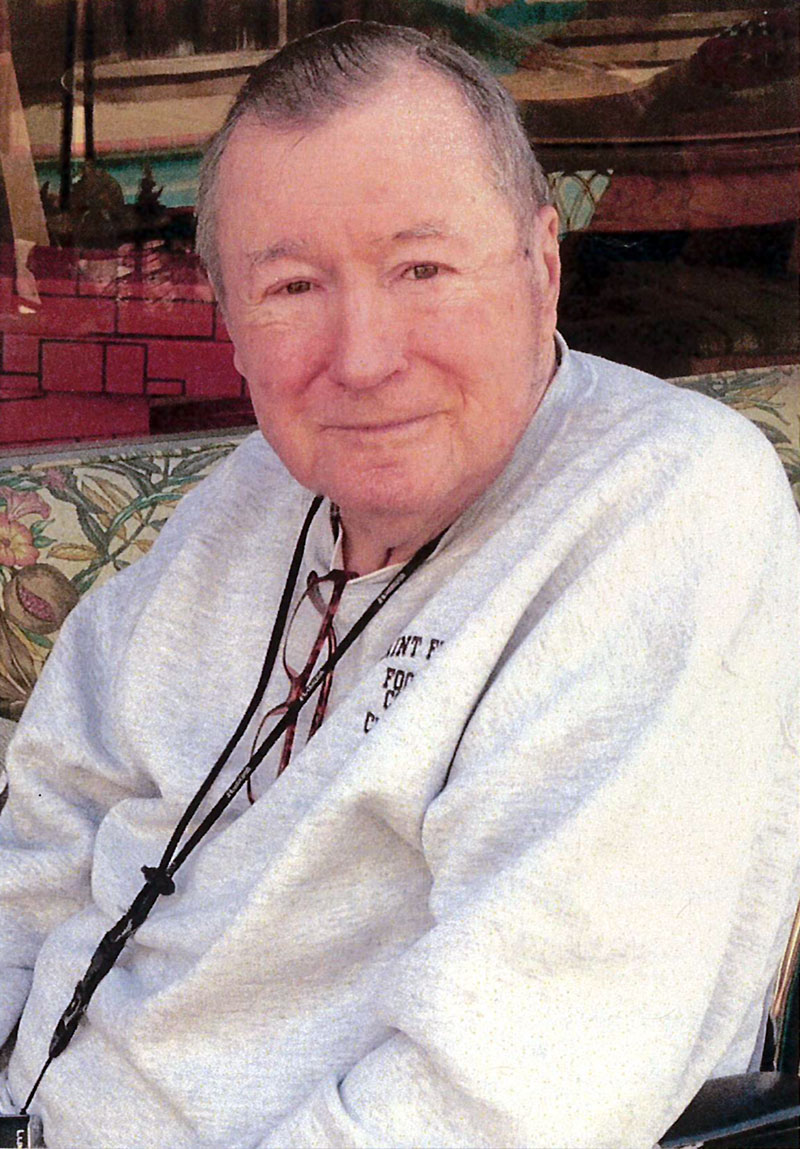 Mr. Schram was legendary for his love of youth sports. When he and his wife, Anne, moved to Los Altos from Cleveland in 1959, he became involved in community activities, and he established the sports program at Saint Simon School in Los Altos. He eventually won more than a thousand games as the school’s boys basketball coach, and when many of the athletes he coached moved on to Saint Francis, he did as well.

At Saint Francis, Mr. Schram was involved with numerous activities. Volunteering for more than four decades, he announced swim meets and games for boys basketball and baseball, kept stats at football games and took team photos. He was also responsible for writing the Lancer football and basketball programs, and he contributed to and edited the Progress alumni magazine as well. In addition, Mr. Schram, a former sports writer, often called local newspapers after games to report the scores.