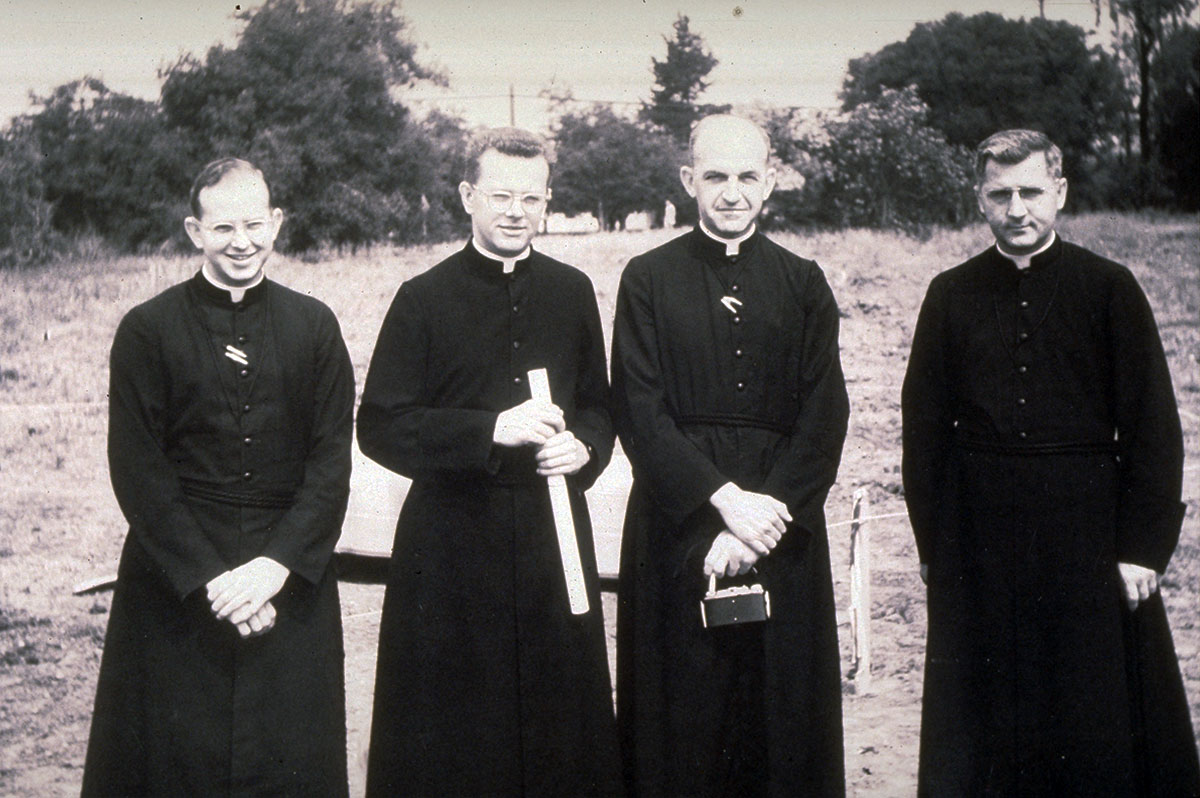 Invited to Mountain View by the Archdiocese of San Francisco, the Brothers of Holy Cross looked out over a shady, six-acre orchard and had a vision. They saw a Catholic college preparatory high school that fostered spiritual, intellectual and social development in the tradition of Holy Cross. In 1954 they realized their vision, and a secondary boys’ school named for the patron saint of the diocese, Saint Francis of Assisi, was established. Two years later, the Sisters of Holy Cross established a complementary school for young women, Holy Cross High School, just down the road.

As is the Holy Cross tradition, the extracurricular program was a significant element of the Saint Francis experience from the start. During that first year, the Lancer band made its inaugural performance at a school barbecue, and the Saint Francis thespians made their first appearance with the play Brother Orchid. The student newspaper, The Lark was first published in 1956 and the Saint Francis yearbook, The Cowl was published in 1959 by the earliest graduating class. A basketball hoop nailed to an old oak tree was the extent of the sports program in 1955, but in following year, the school joined the Catholic Athletic League and claimed six titles by the end of the decade. 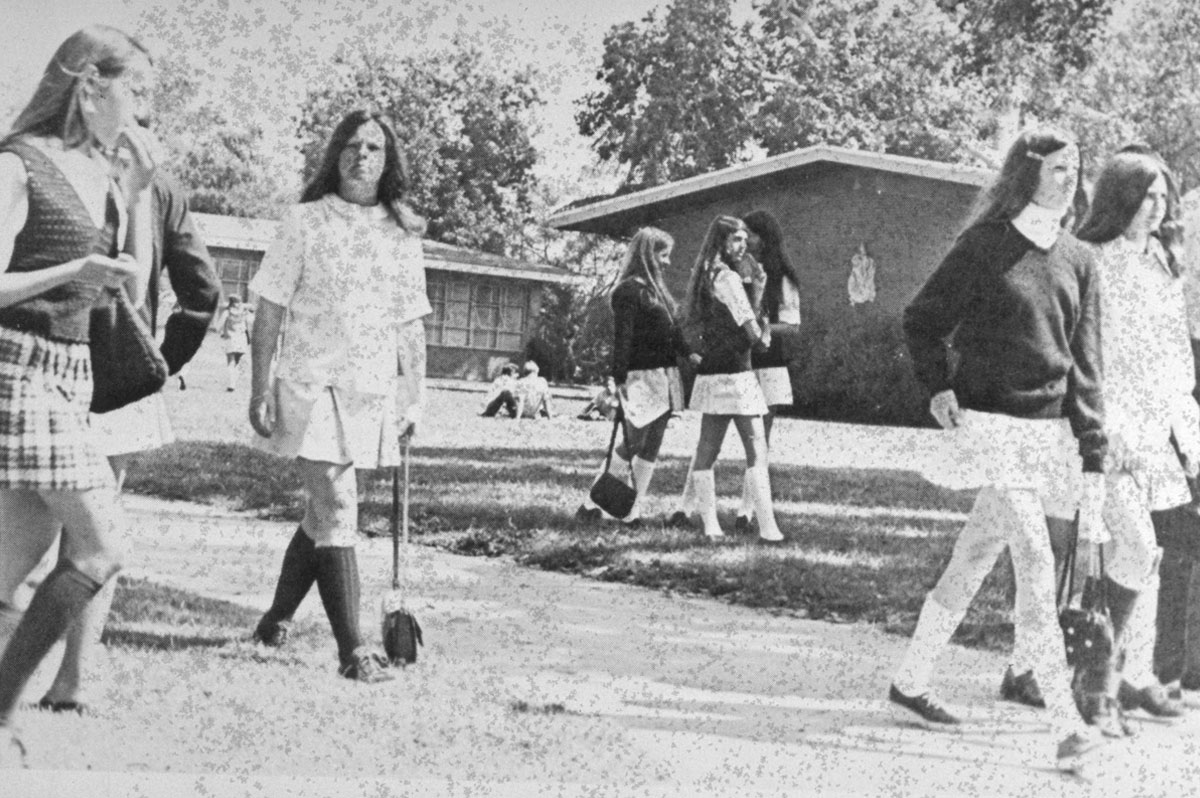 The Merger of Saint Francis and Holy Cross High Schools

In the minds of those who are familiar with the community, the most significant event in the school’s history was the merger of Holy Cross and Saint Francis High Schools in 1972. Holy Cross, an all-girls high school founded and staffed by Sisters of Holy Cross, had opened in 1957 on Miramonte Avenue, within a mile of Saint Francis High School. In an effort to expand educational programming and facilities and extend the Holy Cross educational mission, the schools joined forces to create a co-educational learning environment serving nearly 1,200 young men and women. The consolidation of these schools was a catalyst for rapid and significant change on campus, marking the beginning of a new era for Saint Francis.

The first four-year co-ed class graduated in 1976. By then, the foundations of the “new” Saint Francis were secure. An excellent academic program was developed to ensure graduates were prepared for the best colleges. Superb women’s athletic programs were added and both the men and women earned regular championship titles for the school. The arts and activities program also expanded, most notably with the addition of a student-run radio station, KSFH 87.9 FM. 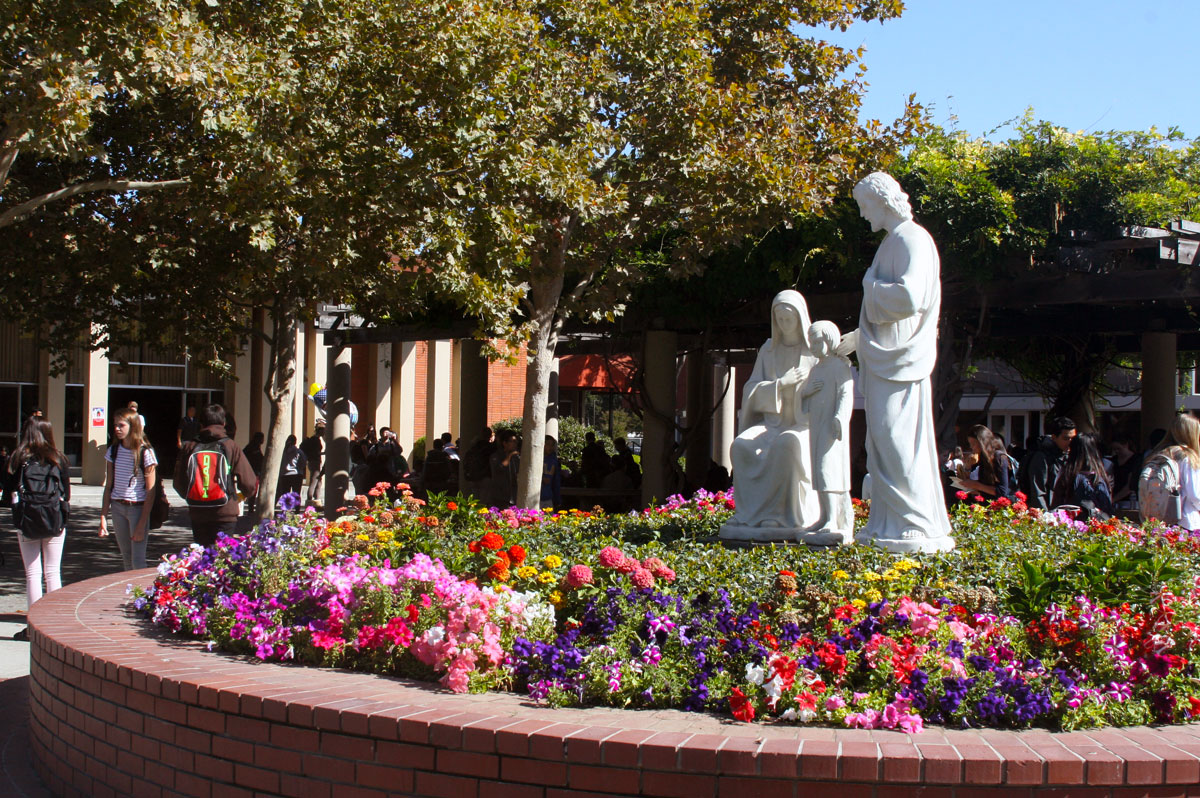 From the foundation established by the Brothers of Holy Cross in 1955, Saint Francis has grown into a diverse and lively community of 1,600 young men and women who are motivated by high expectations, enduring Christian values and opportunities to excel in all areas of life. Today Saint Francis High School has a proven reputation for excellence in academics, athletics and the arts, and graduating seniors attend the finest colleges and universities in the nation, with approximately 95 percent attending four-year universities and 99 percent attending college.